Tunnel extinguishing systems were developed for the protection of tunnels but they can also be used in other areas, such as:

The system can easily be retrofitted and meets the Austrian guidelines and regulations for road traffic (RVS Nr. 09.02.22).

The tunnel extinguishing system is available both as electrical and mechanical version. Water or CAFS can be used as extinguishing agents.

Removal of the branchpipe 3-step operation

The intuitive and safe operation makes the tunnel extinguishing system a useful tool, especailly for first aiders. Fires can already be fought before the arrival of firefighters. Because every minute counts in an emergency.

The system is operated in three steps:

For more safety in the tunnel

Thanks to their simple operation they are efficient tools both for operational crews as well as for untrained first aiders at the scene. Great throw ranges of up to 25 m ensure the safe extinguishing of a fire from a safe distance. 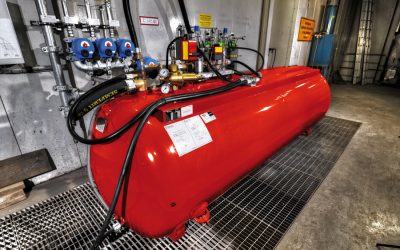 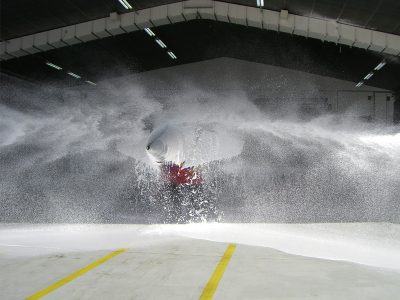 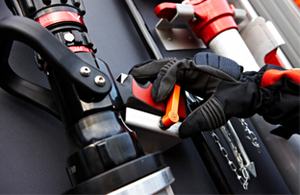